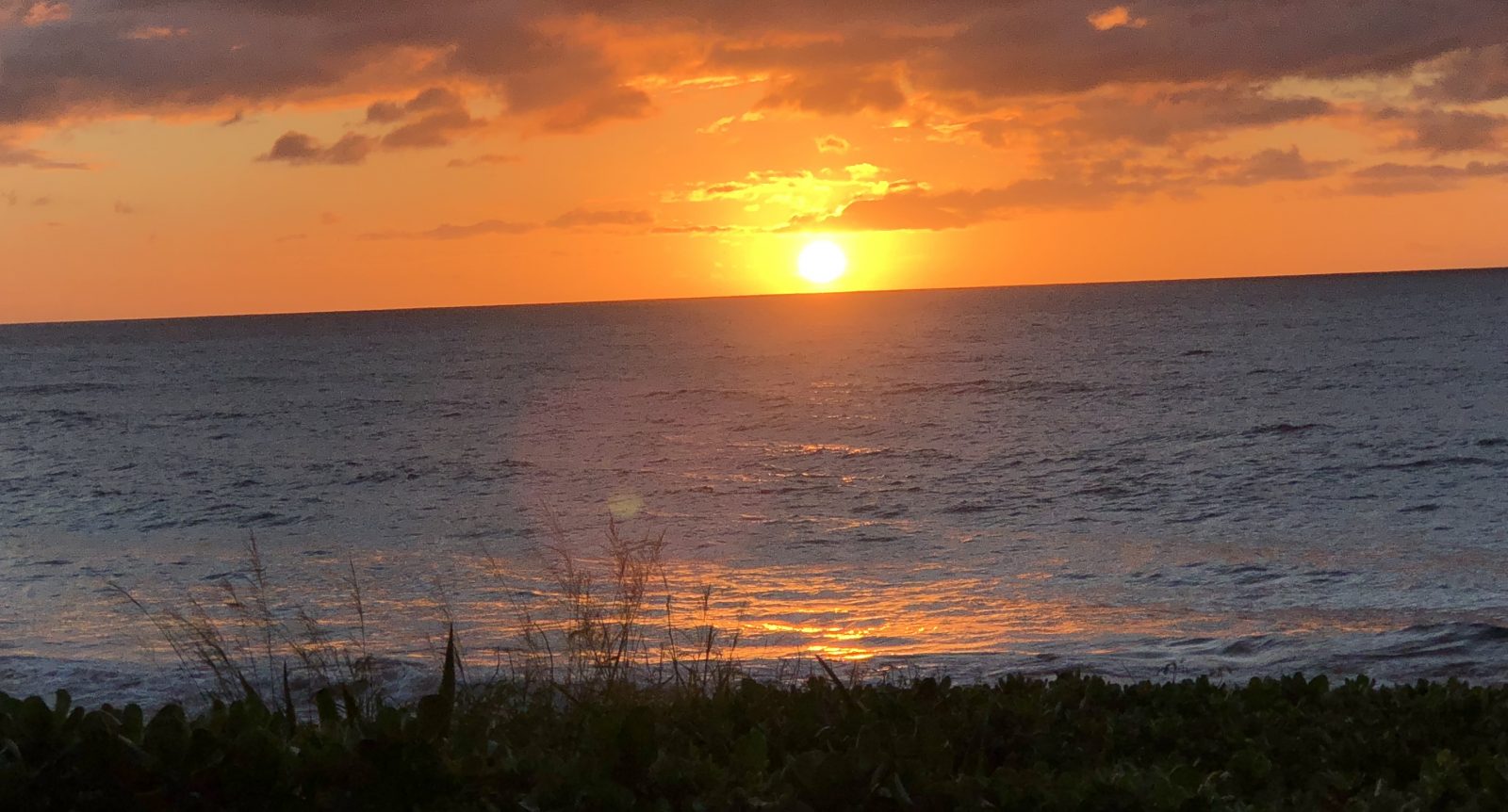 THE CHURCH IS MEANT TO BE
COUNTERCULTURAL!

Church and state must remain separate with an understanding they will influence eachother. God in His amazing grace has made available a life book that is timeless and supernaturally powerful that gives direction for every situation, “…one could make the argument that health or economics is “very important,” but the Bible does not lay out a specific economic system or medical instructions. God does, however, give us what is sufficient for our salvation and Christian living” (McQuilkin & Copan, 2014, pp. 534).

It is important Christians heed the words of Apostle Paul in Romans 13:1-2, “Let everyone be subject to the governing authorities, for there is no authority except that which God has established. The authorities that exist have been established by God. Consequently, whoever rebels against the authority is rebelling against what God has instituted, and those who do so will bring judgment on themselves” (NIV). At the same time notice Jesus’ words in Matthew and Mark of “Render to Caesar the things that are Caesar’s; and to God the things that are God’s” (Matthew 22:21 ESV), in which Jesus makes the point that everyone, including Caesar, is subject to the rule of God. Numerous passages in scripture (Ezra 7:26; Ecc 8:2; Prov 24:21; Matt 17:27; Titus 3:1; and more) speak to the importance of living as good law-abiding citizens. Jesus never protested the Roman government and given the situation in first century Palestine, He and His disciples had ample opportunities. As a matter of fact, Jesus taught faith in things eternal while living as peaceable citizens in a corrupt world.

Protesting the government usually leads to a crowd mentality that results in unrest, havoc and riots and goes against the very nature of God. What about situations of helping the oppressed and mistreated? There are actions the church can and does take in helping fellow citizens and suffering people around the world. There are outreach and legislative actions to change civil laws as opposed to protesting on behalf of an ‘offended group’, which at this juncture in American history are many (i.e. antifa, transgender, metoo). It is important to distinguish ‘protesting’ versus ‘refusing’ to do something that goes against the laws of God, as in a situation in which a Christian doctor is being forced to perform abortions. A Christian is expected to push back (peaceably) as Scripture clearly shows God in His sovereignty as the giver of life (under any and all circumstances). Whatever the consequences, true believers are prepared for Scripture clearly warns about suffering on behalf of the Word of God, no student is above their Master (Jesus) (Matt10:24; John 13:16; 15:20). In Acts, Peter and John were joyful after being flogged by the Sanhedrin (council of Jewish leaders having civil and religious jurisdiction), because they were preaching Jesus Christ crucified, “The apostles left the Sanhedrin, rejoicing because they had been counted worthy of suffering disgrace for the Name [Jesus Christ] (Acts 5:41 NIV). Jesus taught that to follow Him would result in suffering in a world that cannot live by truth, and in American society it is becoming more evident than before with its sects and cults (false religions) that have been creating and revising biblical truth to fit their desired lifestyles.

Regarding truth, Jesus responds to the disciples when they ask why He speaks in parables which not all will understand, “And he answered them, “To you it has been given to know the secrets of the kingdom of heaven, but to them it has not been given” (Matthew 13:10-11 ESV). This warrants another discussion; however, for the purpose here and to sum it up, those that use their human reason (i.e. scientists, educators, philosophers) above God’s truth are described by Jesus this way, “For the word of the cross is folly to those who are perishing, but to us who are being saved it is the power of God. For it is written, “I will destroy the wisdom of the wise, and the discernment of the discerning I will thwart.” Where is the one who is wise? Where is the scribe? Where is the debater of this age? Has not God made foolish the wisdom of the world?” (1 Corinthians 1:18-10 ESV). For more on abortion and scripture, go to https://jesusforum.net/2019/11/11/abortion-in-a-separate-church-and-state/.

Humility is the very essence of what it means to be a Christian, to be the light that reflects Jesus because “…special discipling relationships are formed within the community [where] there is no fixed hierarchy of status”, this is the very opposite of the world (Collinson, 2005). Having different natures, the church focuses on changing the internal man through his heart and mind, while the state focuses on changing man’s behavior through external means of rules and laws. Enlightenment philosopher Immanuel Kant believes in duty for doing good without desire, want, or motivation, whereas God demands a changed heart expressed through love and humility (McQuilkin & Copan, 2014). Secular society believes in whatever truth one chooses to believe because the goal is self-love and making oneself happy. The world’s secularism goes back to the Roman Empire and is illustrated in that moment when Jesus is standing before Pontius Pilate concerning the ‘truth’ and says to Pilate, “…the reason I was born and came into the world is to testify to the truth. Everyone on the side of truth listens to me” and yet Pilate responds scoffing, “What is truth?” (John 38:37-38 NIV). This first century moment is applicable to modern America in which truth is whatever one wishes it to be, also referred to as moral relativism (McQuilkin & Copan, 2014). Opposite end of the spectrum is the church that holds truth as knowing the knowledge of God from His Word and not rely on human effort.

Church Derails and Rules Over the State

Almost immediately after the Church begins in the 1st century until the Reformation in the 16th century, Christians were in a state of confusion. Horton (2008) put it this way, “It was against this confusion of Christ’s kingdom with Israel’s theocracy that Luther and Calvin (15th-16th centuries) launched their retrieval of Augustine’s ( 4th-5th centuries) position of heaven versus the world, this is known as Augustine’s “two kingdoms””… “love of God” versus “love of self” (Horton, 2008). To better understand the two kingdoms, church and state, we must first look at Israel’s history, the only nation set up as a theocracy and meant to be the example to the world as God’s people. Centuries later, in 1 Samuel 8, Israel will reject God as their King and demand to be like other nations that have a human king to rule over them. This, according to Foster (1988) is the moment Israel goes from a group of people with a prophet as the conduit between them and God, to individualism being given a human king (Foster, 1988). In summary, God’s form of rule (governing) is not like any world system government. Fast-forward centuries when Constantine (306-312AD) legalizes Christianity making it the national religion throughout the empire, Christians go from being an oppressed people to becoming the “establishment” living under a dual citizenship (McQuilkin & Copan, 2014, pp. 521). The Roman Catholic Church gained the world and lost its soul (Mark 8:36; Matthew 16:26). Regardless of what may have begun as good intentions has fallen to sin exhibiting authoritative behavior over others; in the words of Solomon, “There is a way that appears to be right, but in the end it leads to death” (Proverbs 14:12 NIV). This highlights the indecisive nature of humans and their inability to trust themselves; therefore, reliance on the Holy Spirit for guidance cannot be taken for granted. The Roman Catholic Church abused its power as it grew, organized, and became wealthy (land acquisition) and was identified by Luther as the Anti-Christ (McGrath, 2012). Later Calvin (1509-1564) describes the Roman Catholic Church as “contrived empire of Christendom” and describes church and state as having different natures; and Calvin like Augustine agree sin will always inhibit man from being a perfect society (Horton, 2008).

There will always be an inevitable mingling of both institutions; however, God is Creator and Sustainer, Sovereign above all. Said another way, nothing happens in this world, good or bad, without His approval; this does not mean He likes it. Let us not forget, Satan has dominion over the earth, but not over God’s children. The Book of Job illustrates this well the moment God allows Satan to test Job, “…all that he [Job] has is in your hand. Only against him do not stretch out your hand” (Job 1:12 ESV). It can be challenging at times when our human limitations prevent us from knowing God’s plan and are taught to have faith in Christ Jesus.